Is the new “easy” list unsubscribe a big problem?

10 steps to a successful customer newsletter 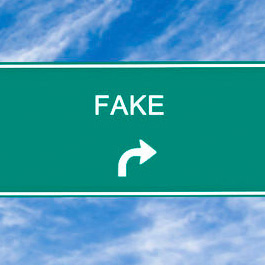 As voters on both sides of the aisle know very well, some politicians are quite good at creating their own realities whenever opportune. Email service provider Yesmail also appears to be showing chutzpa in taking the occasion of Apple’s support of email list unsubscribe in their iOS 10 mail client to create a huge PR bubble.

On November 14, 2016, Yesmail published the blogpost “The Launch of iOS 10 and its impact on email marketing” in which Kyle Henderick, Yesmail’s Director of Client Service claims the following:

Is it possible that 50% of all email unsubscribes stem from iOS users? In his blog post Yesmail author Kyle Henderick does not disclose which country he takes his data from. But for the sake of argument let us assume that the data is from Yesmail’s main market, the U.S. A bit of simple math – even with assumptions in Yesmail’s favor – makes us wonder about his numbers:

If Yesmail’s numbers are correct, they paint a grim picture of iOS users as extremely advertising depressed: according to Yesmail’s numbers, iOS users are 2.5 times as likely to unsubscribe from email communications as ANY other group of recipients (19.23% “create” roughly 50% of ALL unsubscribes). And this depressive behavior seems to be on the rise! As Yesmail’s trend graph has us believe, there is no saturation effect – as common sense would tell us.

Immediately after the update to iOS 10 and the prominently placed “This Message is from a Mailing List”, it is absolutely probable that an additional potential for email unsubscribes will be activated. However, we believe this effect should wane at the latest 2-4 weeks after the release.

What we find even more unlikely than the above numbers is the causal effect Kyle Henderick creates: for him, the iOS 10 list unsubscribe has a significant impact on the total rise in iOS-based unsubscribes of 75 % to 100%.

Even within the Yesmail world of numbers a total increase of 75% to 100% doesn’t seem plausible, considering the factor that the relative percentage of iOS unsubscribes after the iOS 10 launch has “only” risen from approx. 40% to approx. 50%. So for the total increase to be correct, the volume of overall email unsubscribes would have had to rise by 40% – 60%. Anyone may be the judge of how realistic this is or just review their own mailing lists to check the probability of such numbers.

Altogether it is striking that Yesmail doesn’t have any specific numbers on what percentage list unsubscribes have within the total unsubscribe volume – before or after the iOS 10 launch.

We conducted such an analysis recently, based on a demographically diverse target group of about 9 million consumers in Germany. In this analysis we found that with the iOS 10 release, the share of list unsubscribes within the total unsubscribe volume tripled – from roughly 3% to between 8% and 10%. For a better understanding of the dimensions consider this example: If an email newsletter has a industry average unsubscribe rate of 1%, only 0.08% – 0.1% of the recipients would have opted out via “list-unsubscribe”.

The crucial point is: within the timeframe of our analysis, the rate of total unsubscribes within the analyzed email campaigns varied – a bi-weekly newsletter with an identical structure and a similar set of offerings per issue sent to the same target group. The unsubscribe rate for this newsletter varied by up to 100% between issues! This leads to the conclusion that the increase of list unsubscribes is insignificant compared to the overall variation of total unsubscribes, which btw. is easily explained by perceived relevance of the newsletter. An overall trend to higher unsubscribe rates, especially within the dramatic dimensions Yesmail asserts, seem difficult to verify and seems to us to be a figment of imagination. This perception stands even if you consider the different market shares of iOS in Germany and the U.S.: the iOS market share in the U.S. is roughly twice as big as in Germany. If we project the German numbers onto the U.S. consumer email marketing, the percentage of iOS 10 list unsubscribes within all unsubscribes is at the most 10% to 16%. As an example: If 1% of recipients unsubscribe from an email promotion, 0.1% to 0.16% of the recipients will have come via “list-unsubscribe”.

Yesmail’s blog post is flaunting all kinds of trend- and info-graphics that simulate significance. In a contrast that is quite suspicious, the ESP gives no indication of the empirical framework of its “study”. There is no mention of number of campaigns surveyed, type of campaigns, list sizes, specific unsubscribe totals etc. We couldn’t blame people for thinking that is a bit fishy…

How absurd is Yesmail’s graph that shows the percentage of iOS 10 based unsubscribes among all unsubscribes?

Before iOS 10 was even released the blue bars show nearly 20% of iOS 10 users that supposedly have contributed to the total number of iOS-based unsubscribes. That is quite the surprise: Millions of U.S. consumers must have participated in Apple’s iOS 10 beta test program and we missed it completely. Did you know this?