The perfect time to hit send 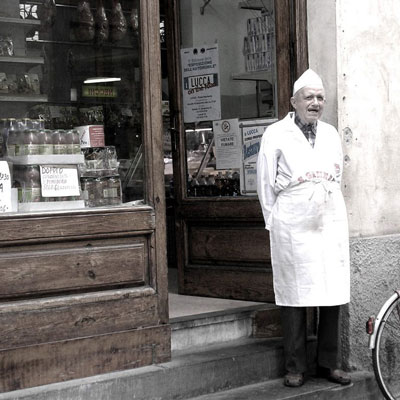 Is the new “easy” list unsubscribe a big problem?

With the update to Apple iOS 10 we are seeing the first provider independent distribution of an email solution that actually reads list unsubscribe headers. Unsubscribing from newsletters becomes so much easier since the link is prominently placed above the sender information and the subject line. Until now only Gmail and Outlook.com had offered a separate path to unsubscribing from commercial emails. In this article we demonstrate why email marketers don’t need to fear drastic increases in opt-out numbers.

Out in the countryside you will still find them: the small shops with the steep stairways to the entrance. You open the squeaking door and are greeted by a friendly smile and a feeling that you can not escape. The people who prefer to be undisturbed and unpressured while making a purchase decision won’t set foot into such a shop again. Since the 60s we know that broad entrance and exit areas have a positive effect on the shopping experience. The customer feels less coerced and will often return.

At this point in time we cannot prove that prominent unsubscribe buttons increase the number of newsletter unsubscribes. But one thing is certain: no email marketer needs to fear this prominently placed unsubscribe link in the iOS mail app. To the contrary: senders should make sure that the list unsubscribe feature is definitely displayed in their emails.

Unsubscribing – the new comfort functionality in the iOS 10 mail client

Since 9/13/2016 iOS 10 has been available for installation – the new operating system for Apple’s iPhone, iPad and the iPod touch. Along with the operating system you update the iOS mail client. This client is now equipped to process the header field “list unsubscribe” and generates a link from this header info which is then placed at the very top of the email.

The header information itself is far from being new. List unsubscribe was introduced in 1998 by
Joshua Baer and Grant Neufeld with RFC 2369 (RFC is an acronym for “Request for Comments”). Even though RFC 2369 today is tagged as “informational”, many notable ESPs deliver emails with this list unsubscribe header – numbers are increasing.

On the flip side the list of ISPs that process the header is very short. Before the iOS mail client only Outlook.com (previously Microsoft Windows Live Hotmail) and Google had decided to generate an unsubscribe link or menu item on the server side.

List unsubscribe: which is more important – http or mailto?

List unsubscribe headers can be displayed in two ways – via http or mailto. Both, the http and mailto fields used for unsubscribing from a newsletter, are added to the header section by the email marketing software.
• as mailto link: an email to this address will unsubscribe the recipient from the newsletter
example:
List-Unsubscribe: <mailto:xy-ab1cd2e3f4t3g6autey4pqc3vtk07g@sample.com>
• as http link: as a rule a script on the server gets called that if need be receives parameters via GET method
example: List-Unsubscribe: <http://mail.sample.de/profile/unsubscribe_1click.jsp?tsp=1234567890123&custid=1234&uid=1234567890&sig=ABCDEFLDLOPJOJPKM& for_mid=1234567890&mid=1234567890&gid=1234567890&wea=1234567>

At the beginning it was not clear if the ESP should add a hyperlink to the unsubscribe script or an email address. Joshua Bear and Grant Neufeld wrote in the introduction to RFC 2369:
The content of each new field is typically a URL – usually mailto [RFC2368] – which locates the relevant information or performs the command directly. MTAs generating the header fields SHOULD usually include a mailto based command, in addition to any other protocols used, in order to support users who do not have access to non-mail-based protocols.

According to RFC 2119 the keyword “should” signals – just as the adjective “recommended” does – that the functionality is optional, however only after careful consideration of reasons and their consequences. If you then scroll to the function “list-unsubscribe” you will read the following:
The List-Unsubscribe field describes the command (preferably using mail) to directly unsubscribe the user (removing them from the list).

As opposed to the wording at the beginning Bear and Neufeld do not use a strictly defined keyword, but rather “preferably”.

The benefits of unsubscribe emails to the recipient are obvious. If a recipient clicks on the link to unsubscribe, a new email to the address listed in the header is generated. After sending, the former recipient will find a copy of this email in his “sent” folder and can archive it for proof.

For the providers of webmail clients and mail solutions, mail-based list unsubscribe has clear advantages – because even in an email header you can forge hyperlinks. For example, the URL in the list unsubscribe header could lead to a phishing site or trigger a virus-infected download. If the bad link is nested in the email client, the user will assume responsibility lies with the provider. That is why the iOS mail client and Outlook.com only process the mailto option. Gmail – originally processing both options – now also only supports unsubscribe via email.

The CSA guidelines are not relevant for Google, Microsoft and Apple as they are not members.

The CSA (Certified Senders Alliance) has the following to say on list unsubscribe:
2.20 […]. The signed headers must at least contain From, X-CSA-Complaints and list-unsubscribe.
2.21 In the emails’ headers a list-unsubscribe (see RFC2369) must be added, however it must be noted that adding only a mailto-link is not sufficient. […].

While the RFC standard and the big ISPs prefer the mailto option of list unsubscribe, the CSA makes it mandatory to implement it as http-link as well and thus degrades mailto to a nice-to-have. Many ESPs simply do not have the means to offer list unsubscribe via email all encompassing and reliably. While the routing of mass emails is developed perfectly, the receiving routines of mass answers are way behind. A second reason for ignoring list unsubscribe via mail is the fear of performance decreases due to the larger number of emails sent.

In the year 2014, 6 out of 20 of the best known ESPs in Germany do not offer the mailto version. If we look at comparable ESPs in the U.S. all at least offer this option – however 9 out of 20 don’t implement this option for all their clients.

The market share of Outlook.com, Gmail and the new iOS mail app is considerable. According to the Publicare email study conducted in 2014, 50% of U.S. users accessed emails via one of the webmailers that today only offer the mailto list unsubscribe. The current numbers from Germany show a market share of 30% for the same webmailers and the iOS mail app. This means that currently the users of Outlook.com, Gmail and the iOS mail client are receiving many newsletters which won’t display the new unsubscribe functionality but rather the potentially dangerous unsubscribe links. The CSA’s adding ESPs to their whitelist and moving emails to the spam folder makes a mockery out of this.

Sometimes when you use the Outlook unsubscribe link the unsubscribe will re-direct to a trusted sender. Also Gmail verifies the reliability.

Will the new unsubscribe functionality be embraced?

Is it really the case that fewer readers report newsletters they have subscribed to as spam if the receive such a convenient unsubscribe functionality? Publicare checked this by analyzing a representative email campaign. Every two weeks nine million regular subscribers receive this email campaign. How will the iOS 10 update affect the number of unsubscribes?

Updating an operating system on millions of devices doesn’t just happen in a day. Publicare assumes that iOS 10 was installed on a sufficient number of devices on 9/29/2016. The unsubscribe numbers speak a clear language: the number of unsubscribes via list unsubscribe climbed to 9.52%. Only 1.36% of recipients complained about the newsletter or moved it to their spam folder. After 14 days, 54% of all Apple devices had upgraded to iOS 10.* Experimentation with the new feature seems to have subsided a bit, but the percentage of list unsubscribes remains far over the original value at 7.98%. On 11/04/2016, more than 7 weeks after the update, 8.11% of recipients were using the new unsubscribe functionality to opt-out of newsletters.

Figure 4: List-Unsubscribes and Comlaints in % in reference to all deregistrations

We can only speculate what causes the varying number of complaints in our tests. It is possible that recipients got the newsletter again even though they used the list unsubscribe due to errors in monitoring.

Whoever is not sure if their own campaigns are equipped with the list unsubscribe header, can test this in the detail view. If the list unsubscribe header is not included, that does not necessarily indicate that the ESP doesn’t offer this option at all. Often in organically grown systems there will be servers that deliver the header. An internal move will then quickly bring campaigns up to code. Many ESPs even reduce the number of non-achievable unsubscribes through forwarded emails using VERP (Variable Envelope Return Path).

Delivering the header is not enough, though. The email address must be tied into the recipient handling. Whoever takes on the handling of subscriptions and unsubscribes themselves, must keep an eye on these addresses in addition to the feedback loop and the additional opt-out management. Email marketers who manage opt-in and opt-out processes separate from the ESP via internal systems need to become active and ensure that unsubscribes, that originate from list unsubscribe or spam complaint and are sent to the ESP, make it into their internal systems. Sending a newsletter after the recipient has unsubscribed not only increases the risk of being marked as spam, but also can lead to blacklisting. While the CAN-SPAM-ACT in the U.S. gives email marketers 10 days to react to an unsubscribe request, in Germany such a request must be honored immediately.

Whoever feels at home in a shop will not leave it just because the exit is broad. And most certainly they will not boycott the shop. The same goes for email subscribers: the fear that interested subscribers opt-out just because it has become so easy is misplaced.

Visitors to a shop who don’t like the interior cannot be persuaded to stay – just as non interested subscribers cannot be forced to stay on the list. Both will become irritated and will be sure to make their displeasure known to others. Subscribers who are not interested do not send positive signals and over time decrease deliverability for a campaign. Additionally, if the option to unsubscribe must be searched for, an email is much more likely to be marked as spam.

Placing the unsubscribe link so prominently in the iOS 10 email client makes it appear more positive as in the email body. With a correct implementation of list unsubscribe, email marketers not only improve their deliverability – long-term they also remove any reservation of re-subscription. Think about it: if you let subscribers leave your list at any time, they will come back if things change for them again.

With this unsubscribe link, email marketing moves further toward friendly consultant and away from the car salesman. Email marketers who want to stay on top of the game need to check the unsubscribe handling by their ESPs.